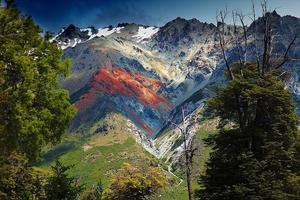 Ariel and Luciano Oliveri
The sons of a 1964 foreign exchange student and graduate of Elkin High School, Nestor Oliveri, make their way to Elkin for a week-long visit. As fate would have it, Ariel and Luciano Oliveri will spend the week with the Holthausers, the same host family that opened their doors to their father 56 years ago. While visiting our small town and the school system that their father loved, one that inspired him to become a medical doctor upon his return to Buenos Aires, the Oliveris will speak to elementary, middle and high schools, the Yadkin Valley Rotary Club and participants of the Elkin City Schools' Family Literacy program.
Doug Reinhardt, a member of the Class of 1964, raised funds to pay for the travelers expenses to ensure they see and understand why Elkin was so important to Nestor and vice versa.  The Class of 1964 previously donated funds to Nestor to add an addition to his free medical clinic; however, he passed away shortly thereafter.
This tremendous opportunity not only provides the brothers a chance to meet some of their father's classmates and others who championed him, but it allows our current student population a chance to hear how a former Buckin' Elk, from another country, gave back to his community.  #BeAChampion
Ariel and Luciano will speak to the public on January 30 at 7:00PM at the Dixon Auditorium.  The presentation is free. It will highlight the meaningful relationships that were established many years ago between Nestor and the school community, the power of Nestor's work and the connections to Elkin that live on through his sons.
#EveryoneChampionsSomeone