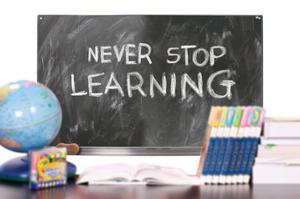 Once again, Elkin City Schools students delivered one of the top performances in the state on North Carolina’s end-of-grade and end-of-course exams. This is according to the 2018-2019 accountability results presented to the State Board of Education on September 4, 2019.

Elkin City Schools ranked fifth among the state’s 115 school districts for student performance on the annual exams in the 2018-2019 school year. Across the district, 71.8 percent of all students met grade level proficiency.  Chapel Hill-Carrboro Schools, at 75.5 percent, had the best performance among all public school districts in North Carolina, followed by Polk County Schools (73.8%), Union County Public Schools (73.6%) and Carteret County Public Schools (72.7%).

“Quality leadership, high expectations and ongoing evaluation of student performance drive our daily work,” states Dr. Myra Cox, Superintendent of Elkin City Schools. “We focus on our strategic goals and operate on our beliefs.  We envision a school system that ignites the desire to learn in every student by providing them with unique, varied and authentic learning experiences. Undeniably, our highly trained and dedicated faculty and staff are utilizing the most effective school processes and practices. For that, I am very proud!”

School districts also received student outcomes for school performance grades and academic growth measures.  Elkin Elementary, Elkin Middle and Elkin High Schools earned a school performance grade of a B. Only twelve of the 191 schools in the Northwest Region earned an A. Those schools operated an early college or academy in the 2018-2019 school year.

The grade is determined by several factors. Student proficiency counts as 80 percent of the grade and student growth counts as 20 percent of the grade. The percentages are converted to a 100-point scale and corresponding letter grade based on a 15 point scale.  Elkin Elementary earned a performance score of 72. Elkin Middle earned a 79, and Elkin High School earned a performance score of 81, narrowly missing an “A” by four points. In addition, Elkin Elementary School met the state’s growth expectations, while Elkin Middle and Elkin High Schools exceeded growth. This is the second consecutive year that Elkin High School has exceeded that measure.

“Elkin City Schools is a special place,” says Cox. “Building and maintaining strong relationships are our main priorities because when students and families know we care, they feel supported and thrive academically. The entire community believes in the importance of education. When all stakeholders value education and do whatever it takes to ensure students are successful, the results follow.  To be in the top five is amazing! It is certainly a collaborative effort between the students, staff, administration and our community.”

ACT Benchmark is the score colleges use when reviewing student applications.  The score of 17 or better is required for acceptance. Elkin City Schools had 70.1% of eleventh grade students meet this requirement ranking as 8th in the state.

ACT WorkKeys is reviewed for students that earn a Silver achievement level or better upon the completion of upper level content and scoring proficient on the WorkKeys exam.  Elkin district ranked 28th in the state with 70.5 percent proficient.

For those interested in viewing the 2018-2019 Performance and Growth of North Carolina Public Schools, visit the Accountability and Testing Results on NCDPI Website.